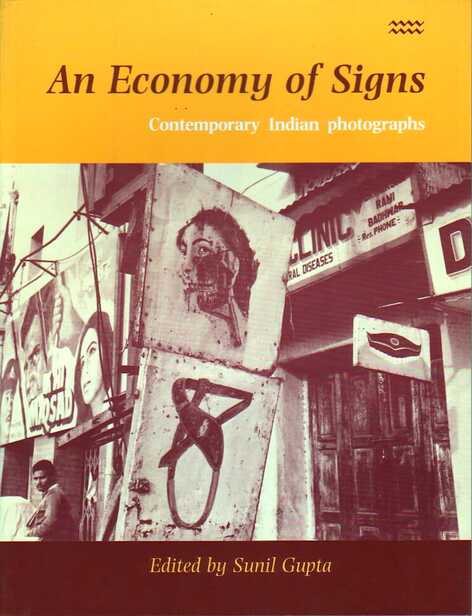 This book and exhibition project was initiated as a collaboration with the Photographers' Gallery, London. I wanted to demonstrate that if we commissioned Indian photographers to the same amount as we do Western ones they would give us work to an international standard.

"The title of this book is an allusion to the R K Narayan stories about a mythical South Indian town Malgudi; a microcosm of Indian society. An Economy of Signs is the work of eight Indian photographers, all born after Independence.
India provides rich material for the photographer. The almost incredible social change in this century, the contrasts in cultures and races, the surreal visual juxtapositions, the rituals, all overlaying each other - all prime subjects. But the conflicts between and within India's urban and rural societies - its English-speaking and non-English-speaking citizens, its caste system, its drive to create a national, secular identity and aspirations of its regions and culture - make it possible only to provide 'signs' towards understanding."
The contributing photographers and writers: